This transponder is for automatic identifying friendley or ennemy aircrafts. The transponder in one aircraft, sends a coded signals to the unknown aircraft, this ones is responding then with another coded signal. If well detected from the first, it is a friendly aircraft. 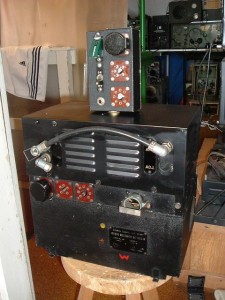 Here is my BC966a IFF mk3G transponder. This was an  earlier type. 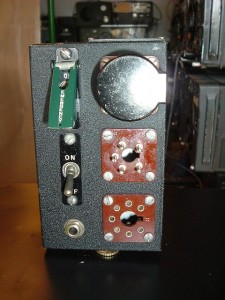 The two pictures above is the control-unit BC958a from the transponder. Just under the green metal plate, the destruction switch is hidden. When the aircraft would fall into ennemy hands, for instance it was hidden by ennemy fire on his mission, you could let explode a little detonator inside the transponder for destructing  the coding system inside. IFF was most secret. 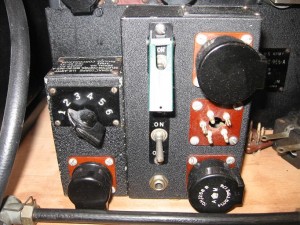 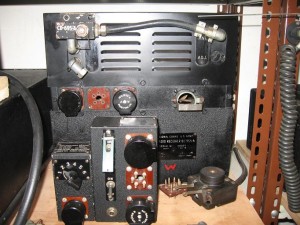 The IFF set, shown here complete. Note the special coaxial cable from the transmitter- to the receiverpart.