The SCR 274 was the AAF, Army Air Force, radio installation, ment to use for short distances from one aircraft and the other. Also for communication in the neighbourhood of airfields.

Used in aircraft like Boeing B 17, the Flying Fortress.

The ARC 5 was used by the Navy aircrafts. Mostly, they were black in color, while the SCR 274 was just an aluminium color. 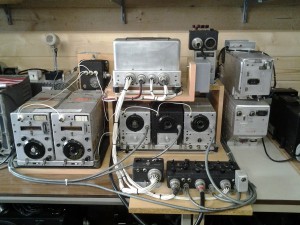 This is my SCR 274 in working condition. On the left the 2 transmitters, in the mid the rotary transformer for the transmitters,  receivers and the controlboxes. At the right the ARC 5 VHF transmitter, type T-23/ARC5 and receiver type R-28/ARC5. Also on the right upper a control box, type C-30/ARC5, for the VHF receiver R-28 and transmitter T23.

Here at the left  the antenna relay, 2 transmitters, 3 receivers, one rotary transformer for the transmitters and the control boxes. 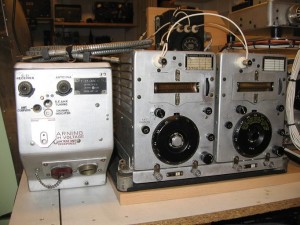 Left the T-23/ARC5 transmitter.Inside very beautiful with the 829 B valves. 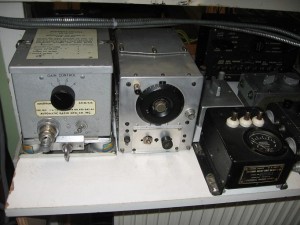 At the left an intercommunication amplifier, type AM-26/AIC. Also some spare items. 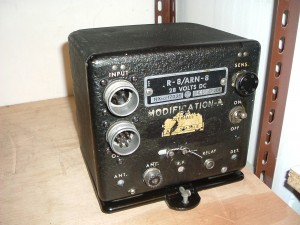 This is a very old Marker-Beacon receiver type AN/ARN 8. It is functioning on 75 Mhz and gives the pilot an indication of the position of the aircraft above the airfield’s runway during it’s landing process.