This directonfinder receiver  MN 26 is in fully working condition. Also functioning as a communication receiver in cinjumction with the TA 12 transmitter, just seen a bit on the right of the picture. 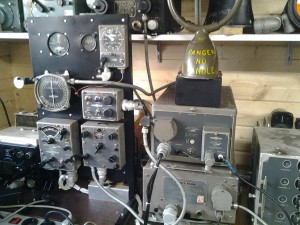 On the picture the next items; 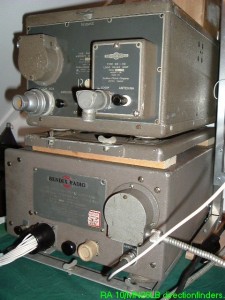 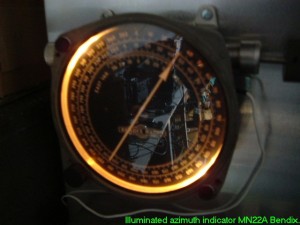 The Azimuth controller , indicating the direction of the beacon transmitter, piled up by the compass receiver MN 26. The pile up is done by turning the controller by a bowdenkabel.

The BENDIX transmitter type TA 12-B. 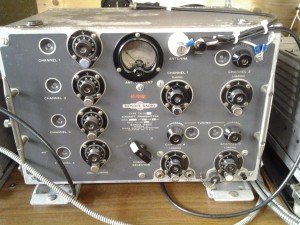 Transmitter TA 12, with 4 frequency bands, one for longwave and 3 for shortwave. The funny thing is that each frequency band (four bands) has it’s own VFO and only one poweramplifier, but again 4 output tuning filters with variometer inductance, to match it to the antenna. It delivers about 40 – 50 Watts on phone and CW. In the mid the earial current meter. For an output impedance of 50 ohm, it will hardley give a current of course.

The four knobs at the left are the channel preselector tunings, for each wave band one. Left of the knobs are the channelnumbers you preselected. In the mid under you can see the knob for preselecting one of the four wave bands.

At the right are the four knobs for tuning, by variometer inductance, the output filters for matching the transmitter to the antenna, depending which waveband and channel you choose.

I use a separate modulator, homemade, with 2 valves 807 in the final. It is doing very well. Also a mains powersupply is used. 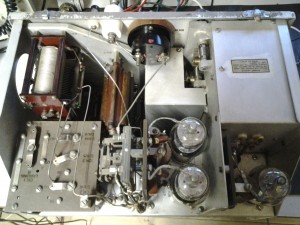 The upper view of the transmitter.

The box at the right is the VFO compartment. At the left upper, one of the four variometer inductances, four each band one. 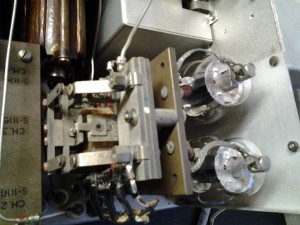 View at the power amplifier with relay for switching the antenna and HT to the amplifier. The 2 tubes are in parallel. 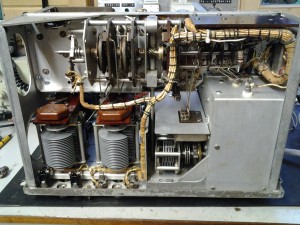 The under view of the transmitter. The motor for automatic channel switching at the left is missing. At the right, the VFO box again. 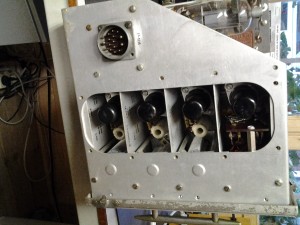 Side view with the four tubes of the seperate VFO parts. Each frequency band  has it’s own VFO part, so also it’s own tube. Left up the power input connector. 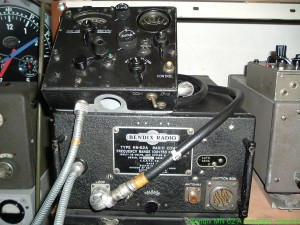 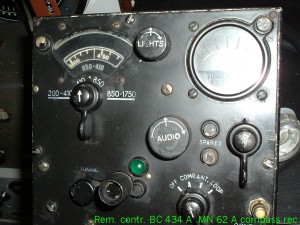 The remote controll box of the SCR 269. 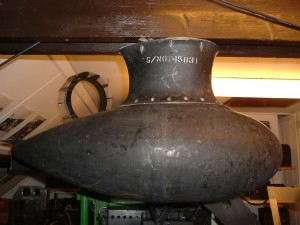 Above: The loopantenna type LP21 of the SCR 269 navigation installation. 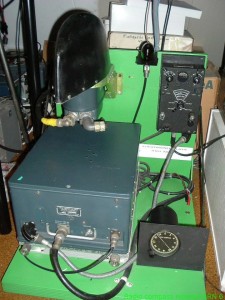 The direction finder type ARN 6. Also in working condition. I only need  a 28 volts DC powersupply, No high tension is needed. 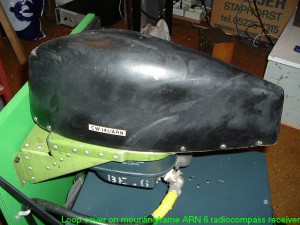 The automatic loopantenna of the ARN 6.

This receiver is a real old fashion general coverage receiver. Alle the wave bands are close after each other, when turning the wave band knob. When turning and  reaching the end of the last waveband, you start again with the beginning of the first.

It was used for communication purpose, but also for direction finding. It is a wartime receiver. But also used after the war by the dutch KLM.  It is a real nice, sensitive receiver, pretty stable in frequency at CW/SSB, only  a bit broad medium frequency stage of  1, 6 Mhz. But receiving SSB signal is pretty possible, if the band is not to busy with other stations. 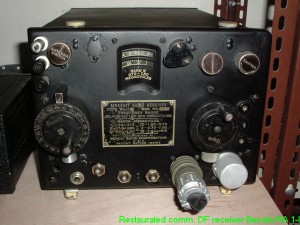 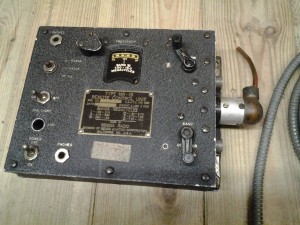 This is the Remote Controlbox of the RA1. Type MR-1B, in the condition I found it. The AVC on/off switch, the volume control is missing. 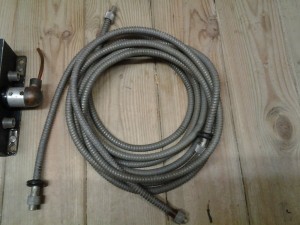 Here the 2 original bowden cables for remote controlling the MR-1B.

When I obtained this remote control, together with a RA-1J, it  appeared to be a postwar (?) revision belonging to that  RA-J. The RA1-J was a revised postwar (?) one, because it had an extra mode swtitch on it’s front. Three positions: CW, VOICE and RANGE. This switch was also located at. the front of the  MR-1B. Watch also the missing switch : AVC on/off. The both potentiometers inside  were removed.

I decided to modify it into an original MR-1B, suitable for my original wartime receiver RA-1B.

Does anyone knows, which manufacturer it was, who carried out that revision?  Also what year, and in what aircraft is was being used.

I’m most grateful for more information. Pse let me know in the comment at the end of this post. 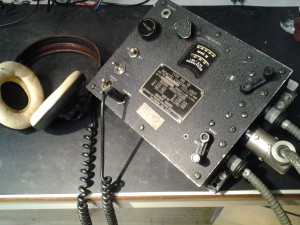 Finally the restaurated ware time MR-1B. When the function switch at the front of the receiver is set at “remote”, all the facillities are available on the MR1-B. Like band switching, frequency control, CW oscillator on/off, AVC on/off, audio and volume control.

At the right of the box, you can see the connector and cable to the remote entrance on the receiver. 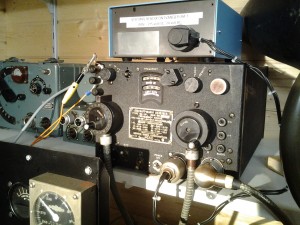 The RA1-B receiver at this moment,  with mains powersupply, by lack of the original rotary transformer , stowed away on a shelve, far away of it’s remote controll. Watch the connector with cable at the right to the remote control MR-1B.