The R 1082 is a prewar aircraft receiver, used with the T 1083 transmitter. It is a TRF receiver , with 2 single coil  for each frequencyband.  One for the HF stage (below on the front) and one for the detector stage (above at the front). There are various freuqency wavebands.  The receiver could also been used for directionfinding purposes. For DF, at the head of the the HF coil, there is a symmetrical inputconnection for the cable of the loopearial. Directionfinding must be carried out  by means of  listing to the signal minimum. So no DF instrument. On the first picture a special (green) S-type coil (detector) is used. At the top of the coil, a spline cable for remote control can be attached. The meaning of this is only for readjusting the frequency a little bit. Only small  tuning is possible, otherwise you have to retune the HF stage also, when you make larger requency tuning.
It needs 2 volt fotr the heaters and 120 volts for the HT. 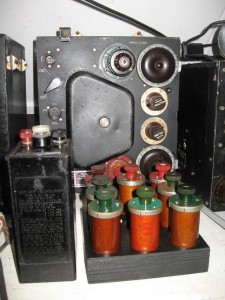 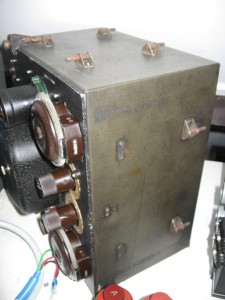 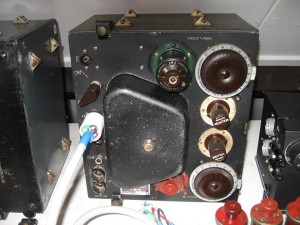 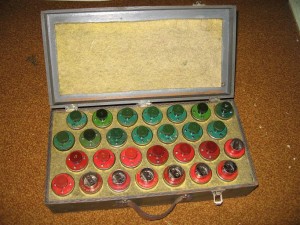 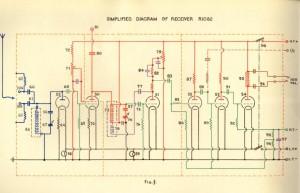 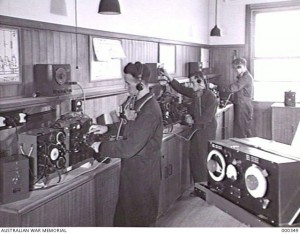