This is the pre war wellknown “SPITFIRE” sender receiver, type TR 9 F. Although the type 9 F is not used in it, but in the bigger aircrafts like Lancaster etc. for communication between the airfieldtower and the aircraft in close distance.

It is fully working in the 40 meter band with a crystal on 7078 Khz, amplitude modulated, by means of a intercommunication  amplifier, type A 1368. For using this amplifier, I had to make the connectors and the plugboard myself.

Question: can anyone tell me about the precise usage of the A 1368 in the RAF?,

Pse some info in the COMMENT at the end of the page. 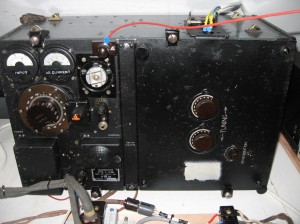 The TR 9-F transmitter/receiver in all original condition. 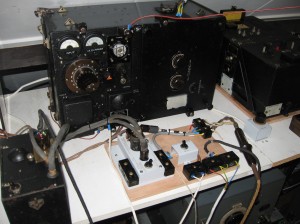 In front the copies of the plugboard etc, for connecting the amplifier to the TR 9. 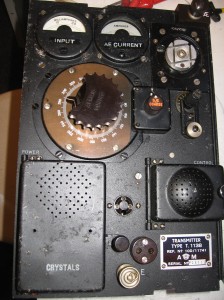 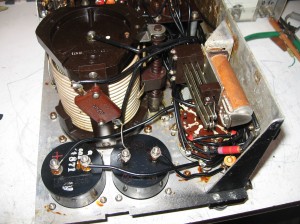 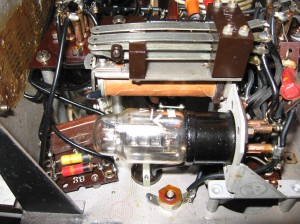 The power amplifier tube of the transmitter. 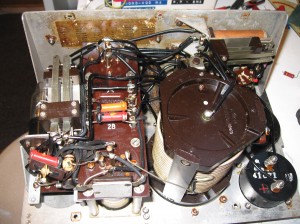 The power amplifier anode coil of the transmitter.