This is a very compact beacon used by crashed aircraftcrew from a single seater dinghy boat on the water. It operated on the Air ship to Vessel (ASV) radar beacon frequency of 177 Mhz. It signal could be received by airborne ASV mk2 radar sets or Rebecca mk 3b equipment in Coastel Command aircraft. The TR 3180 was a selfcontained unit, comprising a battery of 90 volts in waterproof case. earialmast and a smalltransmitter.
The earial was a small dipole type.
The range of the beacon was about 50 miles, if the aircraft was flying on an altitude of 4000 ft. The battery has a lifetime of 20 hours. 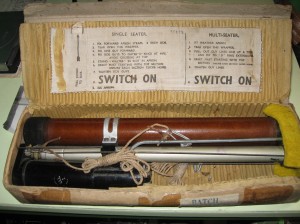 The whole case with the complete beacon, including battery case and transmitter with dipole antenna. 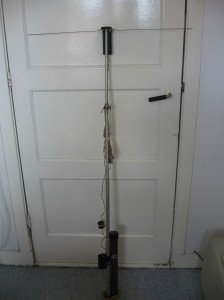 The transmitter  with erected mast and dipole. Above the dipole and transmitter, below the battery case. 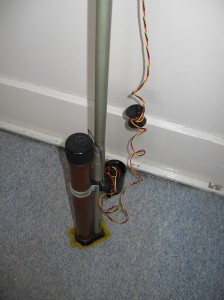 The battery case. The wires are supplying the voltage to the transmitter. 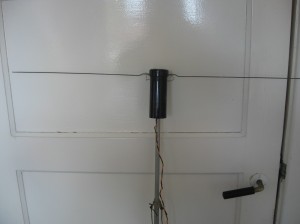 The dipole antennal on top of the mast. In the middle the transmitter.