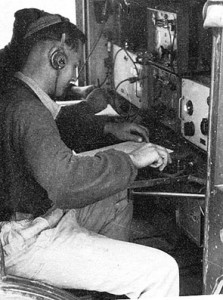 A very rare picture of the LO40K39 in use in the dessert. Left the power supply, to the right the transmitter. As a receiver, the Tornistor Empfanger b is used. This more powerful  transmitter was used, because distances became too large for the normal in use transmitters.

It contains three RL12P35 valves. One for the variabel oscillator stage and two in parallel for the power amplifier stage. Mine delivers about max. 100 watts output power on CW only. 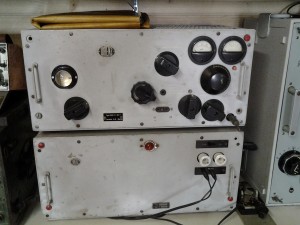 Above my transmitter and below the power supply of mine. 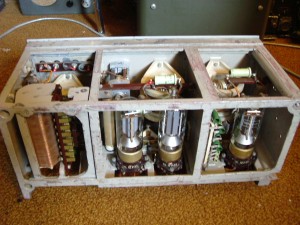 Above the back view.

The right part is the oscillator stage, the mid unit is the power amplifier and the left unit the aerial matching part. 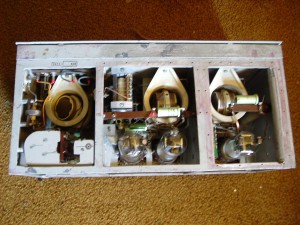 A clear view from above. Notice, that all tuned  circuits are variometer coils. The coils are fastened on ceramic holder for maximum frequency stability. Also complex circuit of special ceramic condense are included in these circuits. This also, to establish a great frequency stability. 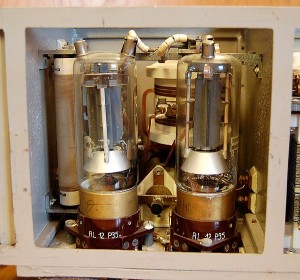 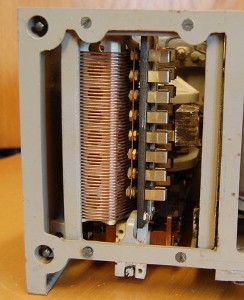 Above the aerial matching. A switch , with slide contacts on this coil e, seen on the picture, establish a good match on the aerial, a inverted L-aerial. 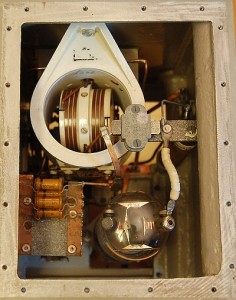 A good detailed picture of the oscillator stage. Tuning the frequency is done by a variometer circuit on a ceramic coil holder. An amazing design. 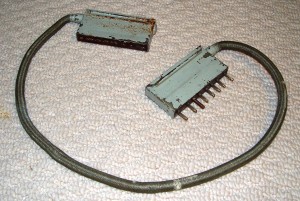 This is the original cable between the power supply and the transmitter of mine.. which is unfortunately not mine. I had to make mine of my own.  Maybe someone?

The schematic diagram of the transmitter, a type d. 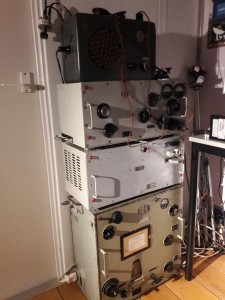 Still today the transmitter is in use by me, in the mode CW. It is doing very well. The output power could be 100 watts, but mostly 50 watts is in use.