This is a  transmitter-receiver used in airplanes like Lancaster etc. It is a four channel unit. For the receiver, as well as the transmitter, four crystals are used.

It is remote controlled by a switch box. On the picture a replica controll box is used. But the whole unit is working. Supply voltage is 12 volts, which indicates it is an earlier one. 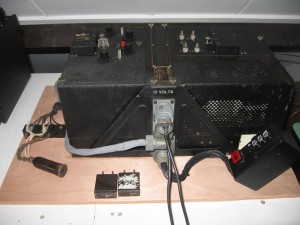 Left the connection for the oxygenmask earphones and microphone. In the front the crystal types. At the right the replica remote control box, for choosing one of the four channels and controlling the transmitter. 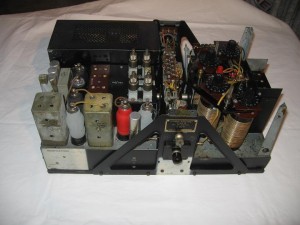 Left receiverpart and right the transmitter part. See also there the HF coils for matching the energy to the earial. 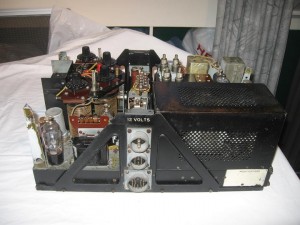 At the right front the alternator power supply. 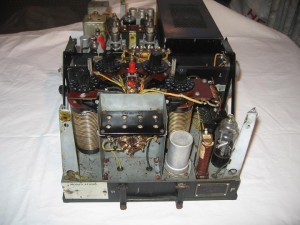 In front a good view on the crystal board of the transmitter. 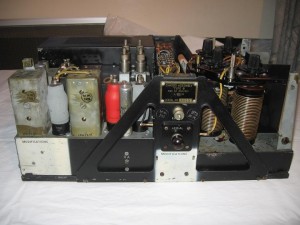 In front the earial- and ground connection and the type plate. Also the Air Ministry mark. The white earia is a modification chart. 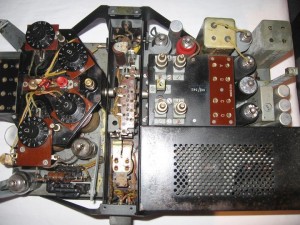 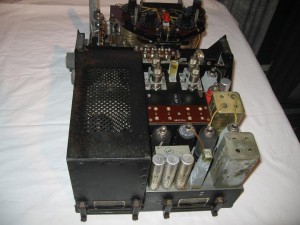 An overview of the chassis. 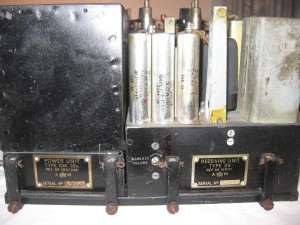 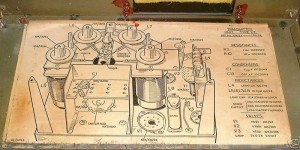 A nice paper layout picture  inside of the housing. It showes the components layout of the transmitterpart for service.