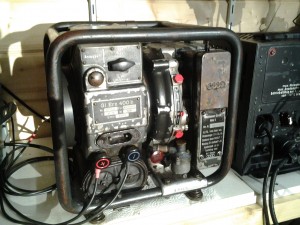 It was often placed in the turret of the german tanks like Panter and Tiger. Also seen in armoured car vehicle  “Panzer Spahwagen”, with the radio “Funksprech F” in it. It was ment to use it for charging the batteries, when the batteries of them were almost discharged.

Because of the high powerconsumption of the transmitters/receivers used inside of a tank, this happens sometimes, when the motor was not running. Batteries were sometimes too weak for starting the motor.To let the tankmotors running, the fuel consumption was high and also the noise of the motors. The generator was in that case, placed outside the tank and placed back in the turret, when not in use.. The generator did not make so much noise.

At the front was also a connection on it for direct feeding the radio’s in other situations. 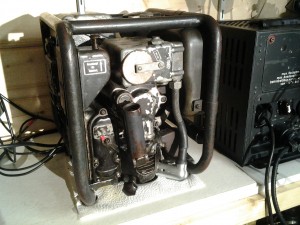 Here a side view of the generator. 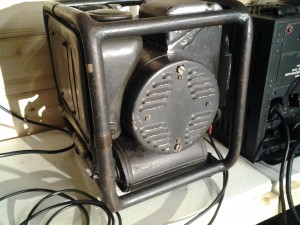 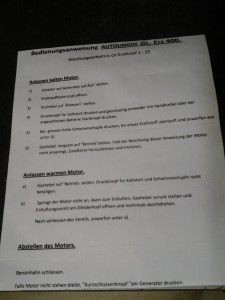